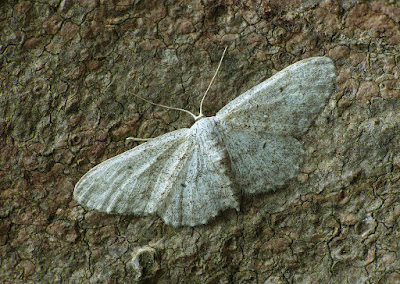 70.008 Small Dusty Wave netted at dusk in the garden on July 4th 2017. What made it stand out as something different was its tiny size which made it resemble a pale pug. 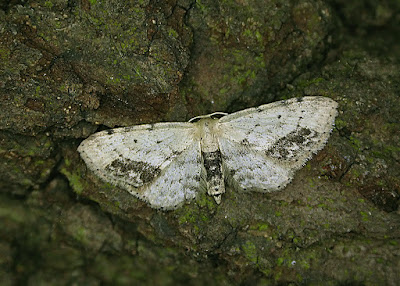 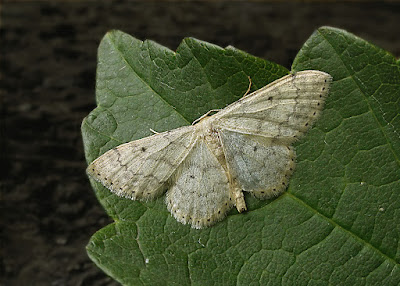 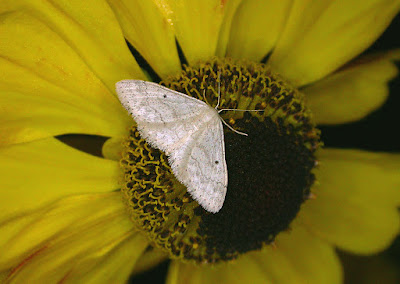 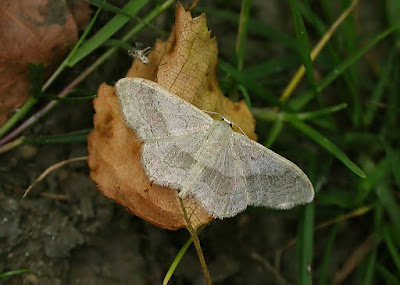 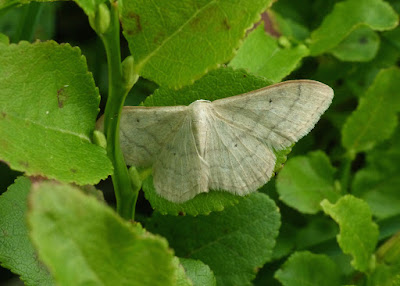 70.018 Plain Wave to actinic light at Turgate Delph, Norland on July 13th 2022. This one was resting in Bilberry next to the trap the following morning. 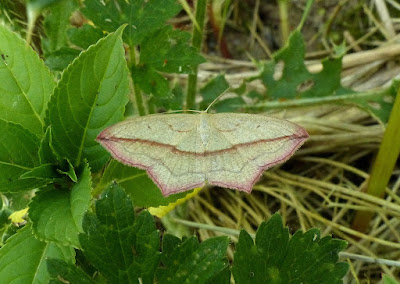 70.029 Blood-vein at North Loop, Cromwell Bottom, June 10th 2018. A scarce species in Calderdale if past records are anything to go by. A field observation, this one looks in fine fettle and has probably just emerged in the last day or so. 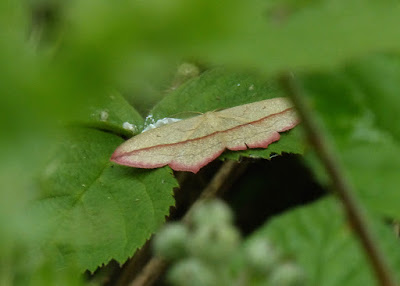 70.029 Blood-vein at Hollas Lane Nature Reserve on June 12th 2018. A good year for this species for what was once a local rarity. 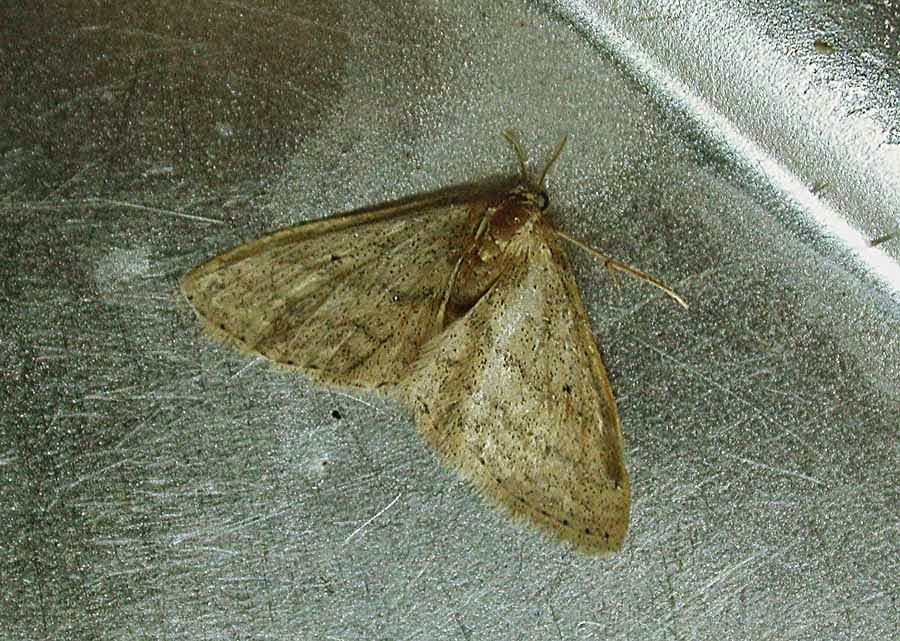 70.281 Petite Wave (Scopula minorata) (Above and below) Feb.15th 2013. I was dressing a cabbage for dinner (which had been imported from Spain) when this moth flew out, it was barely alive as it crash-landed on to my draining board and in to a small pool of water. It was pretty small with a forewing of just 9mm which seemed strange for what looked like a macro. Thinking it was something "good" I immediately photographed it in situ (top photo) before potting it up and popping it in the freezer. The next day the light was a little better allowing the photo below to be taken. I then sent it off to Harry Beaumont for a more detailed examination and he identified it as a male Scopula minorata, a species not recorded before in the UK. It will of course go down as an accidental import and not on to the main list but exciting none the less! 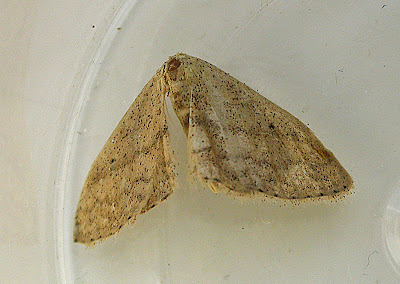 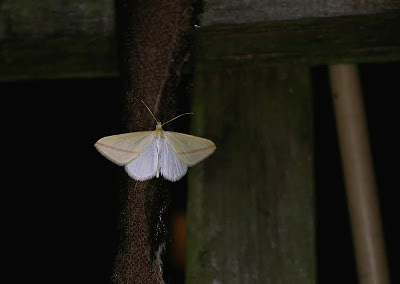 70.038 Vestal photographed at dusk on a wine rope in the garden on Sept. 12th 06. This is my only record of this scarce immigrant to Calderdale. I wonder which countries this moth had flown over before it reached my small back garden and sniffed out my wine and sugar concoction! 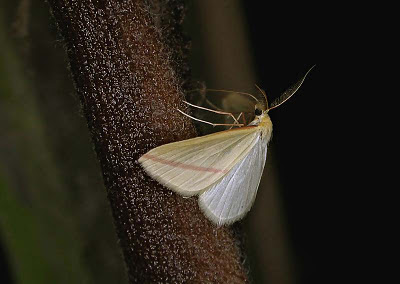 70.038 Vestal, the same moth as above with the proboscis clearly visible. It's events like this that makes mothing so rewarding. 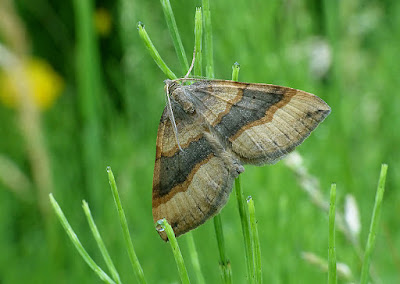 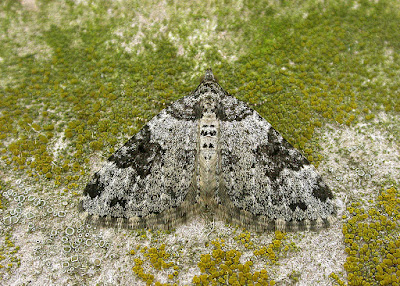 70.049 Garden Carpet on the garage wall, Sept. 3rd 2012. Just about the only geometrid to be found during the day in the garden at this time of year. 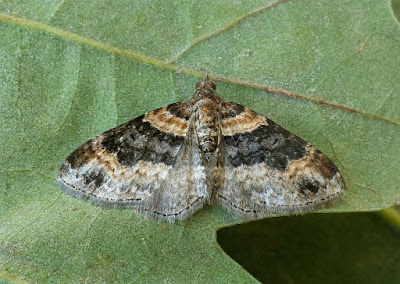 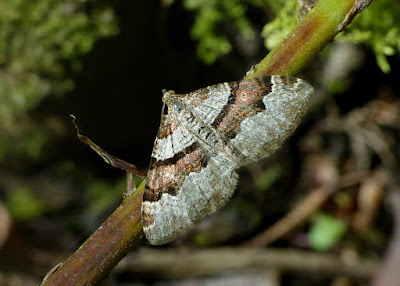 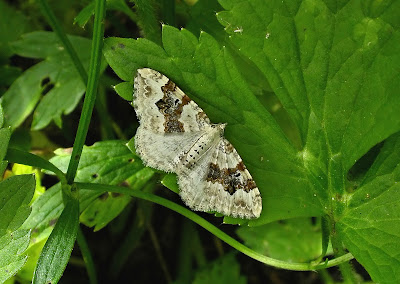 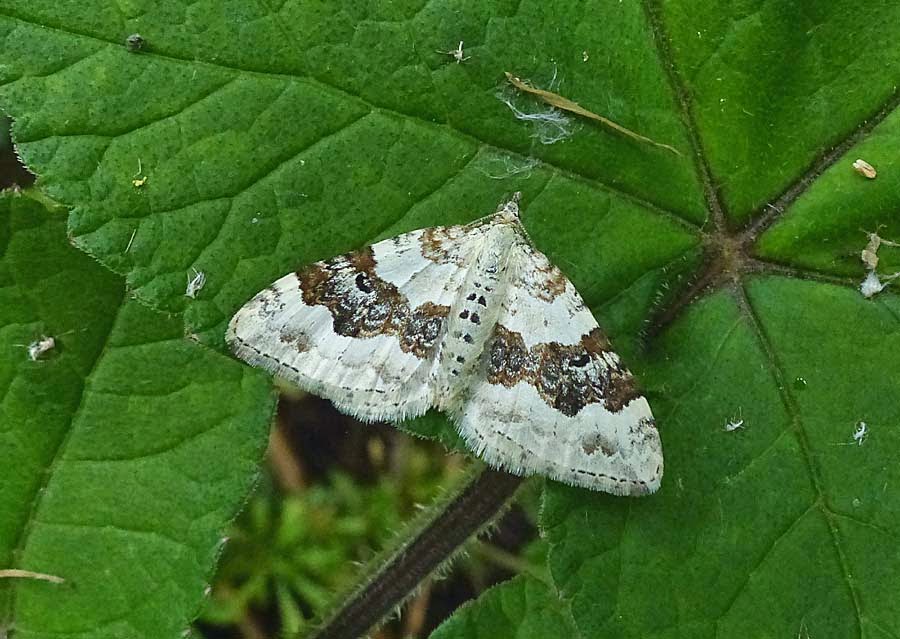 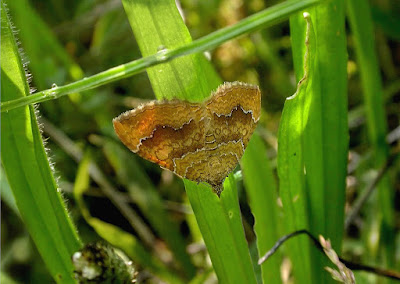 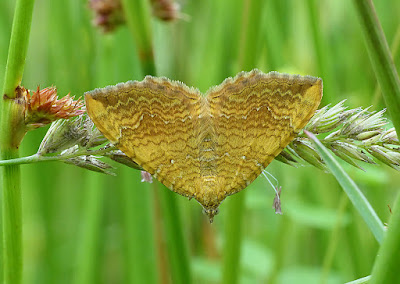 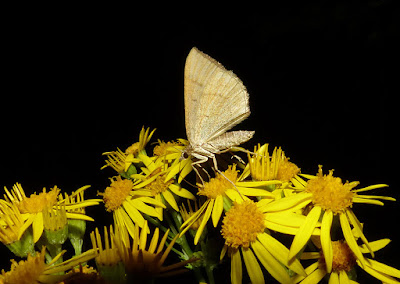 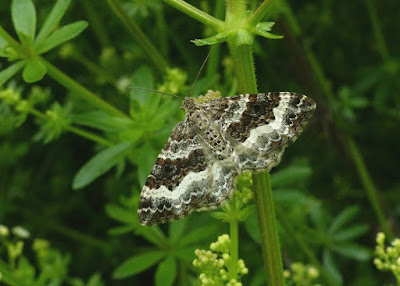 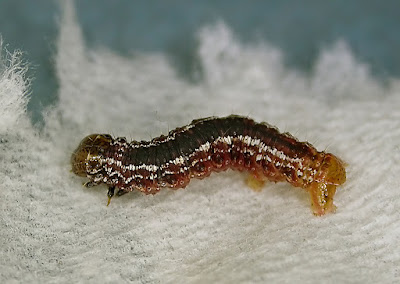 70.074 July Highflier larva, May 17th 08. Swept from Heather by Paul Talbot earlier in the month from North Dean wood. Commonly found spun up in Bilberry leaves especially around Norland. 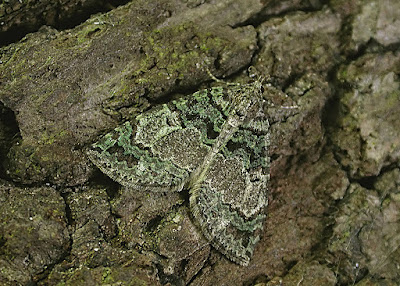 70.074 July Highflier June 8th 2010. Reared from a larva found near the Calder at Sterne Bridge, Copley in May. 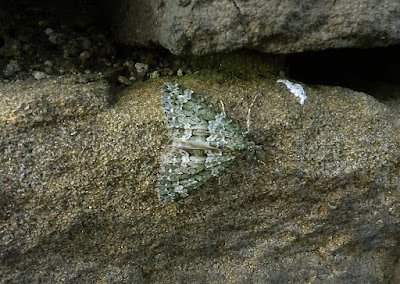 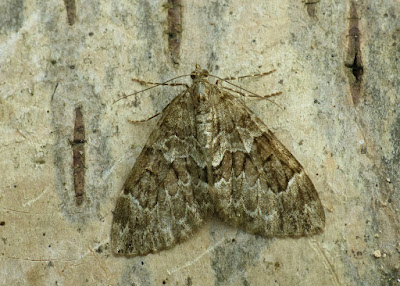 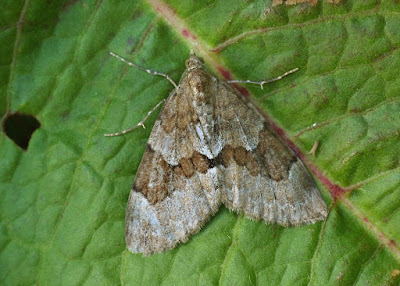 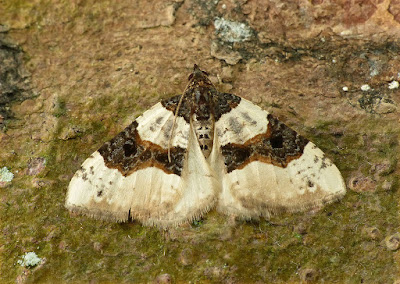 70.087 Purple Bar to light at Brown Scout Quarry, Widdop, June 22nd 2018. The highlight of what turned out to be a chillingly cold night with a cool westerly breeze and a clear, moon-lit night. 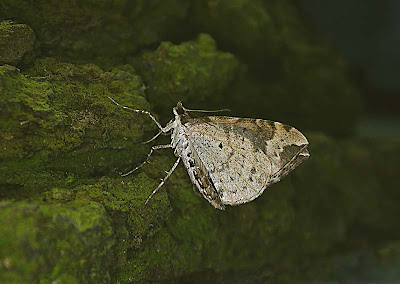 Hello!
Why did you pop the Petite Wave in the freezer? Fear of invasive import? I ran across your blog while trying to ID a moth I saw in my backyard this eve in Florida. So far, it looks like a type of Winter Moth. I love moths. They are amazingly beautiful.