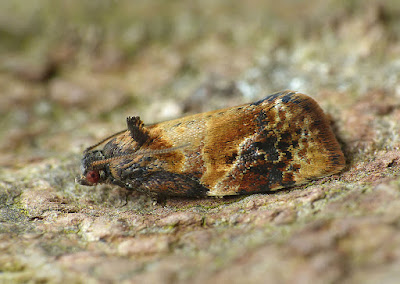 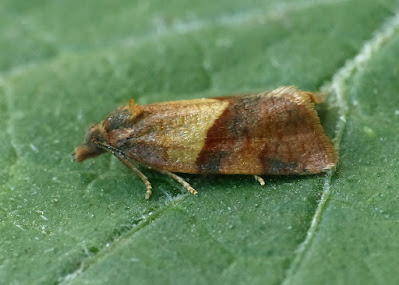 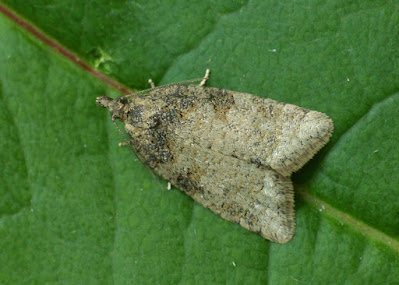 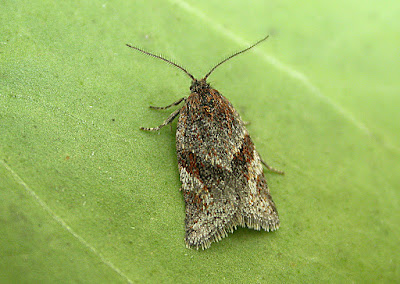 49.010 Heath Twist (Philedonides lunana), a male netted by day. It was one of several flying by day at Norland Bilberry slopes on Apr. 16th 2010. The males are unusual for micros in that they have pectinate (feathered) antennae. 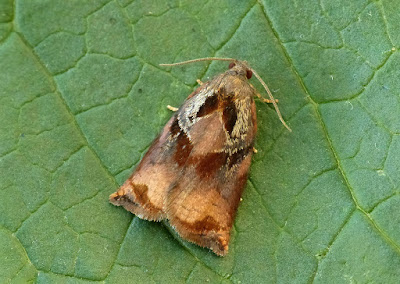 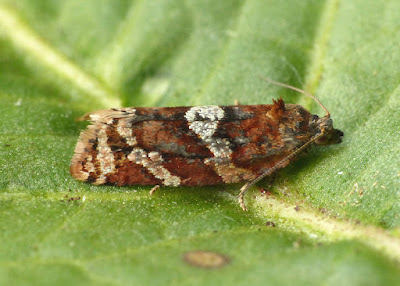 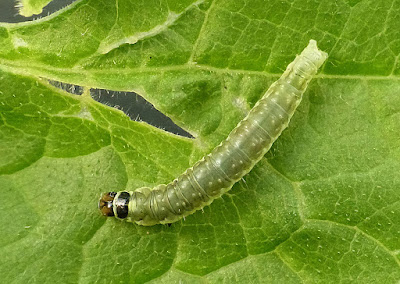 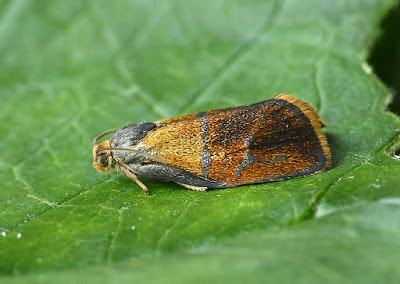 49.022 Brindled Tortrix (Ptycholoma lecheana), May 22nd 2014. Reared from the larva pictured above. Length of pupal stage about 6 days! 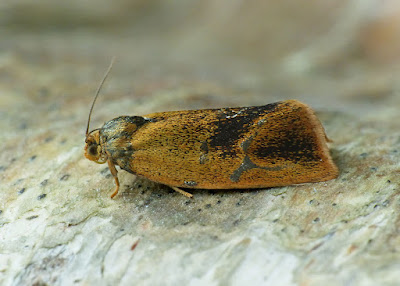 49.022 Brindled Tortrix (Ptycholoma lecheana), May 17th 2019. Reared from a larva spun up in oak at Bankhouse wood earlier that month. 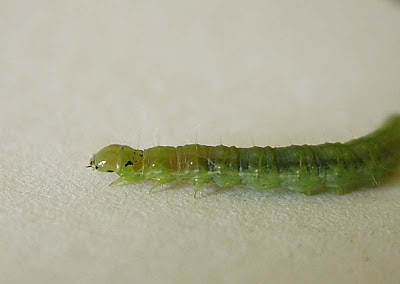 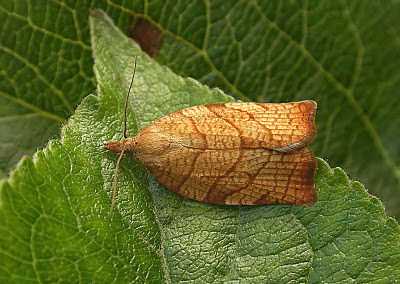 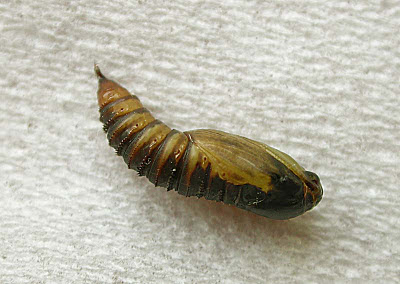 49.025 Barred Fruit-tree Tortrix pupa, May 10th 2011. Reared from a larva found on birch at Norland Bilberry slopes that year. 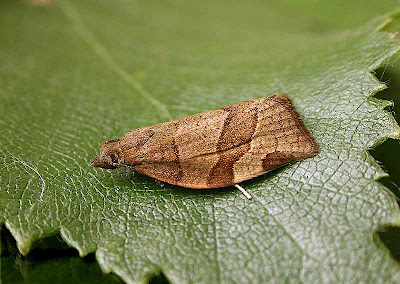 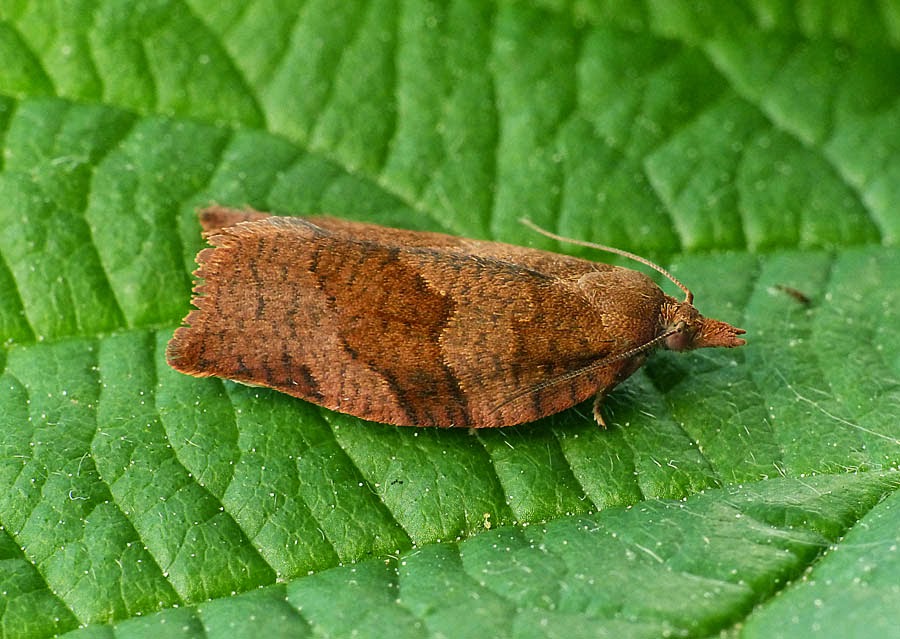 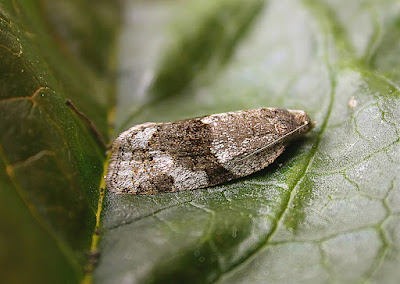 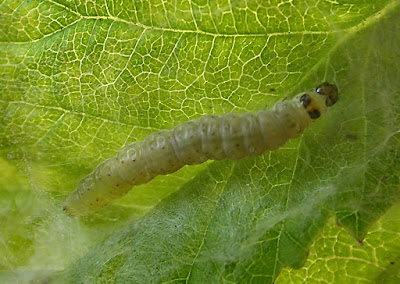 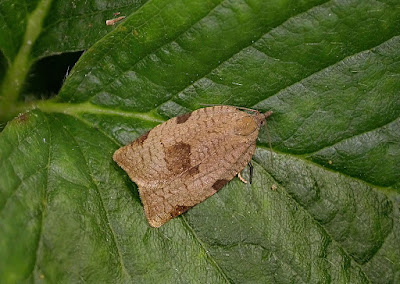 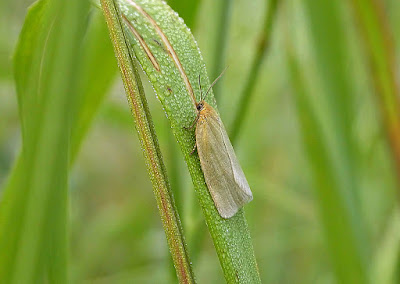 49.031 Timothy Tortrix, a field observation at the old sewage works at West Vale, July 2nd 06. Particularly common at Copley meadow where it is easily disturbed. A pale species with distinctive rusty head and shoulders. 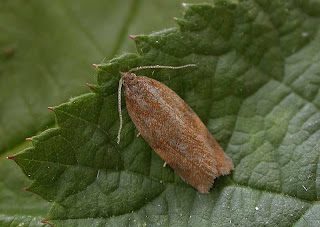 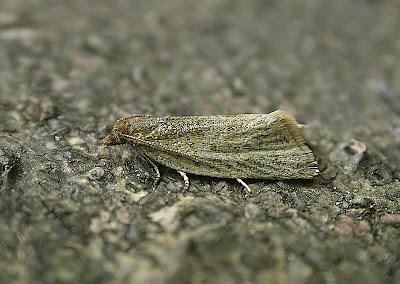 49.035 Obscure Tortrix (Clepsis senecionana) at Norland Bilberry slopes, May 4th 2011. Netted by day. A common, Bilberry loving species here during May. Even on fresh adults such as this one there is little patterning other than a few feint lines. 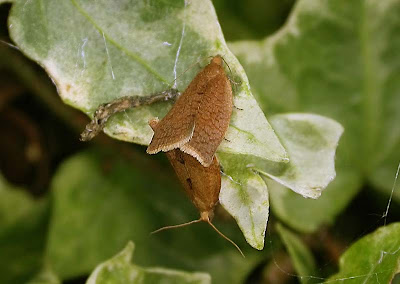 49.038 Privet Tortrix (Clepsis consimilana), a mating pair on cultivated Ivy in the garden on June 19th 05. Photographed at dusk when a mini swarm regularly gathered around the Ivy. Sadly they are no longer seen since the removal of the Ivy the following year. 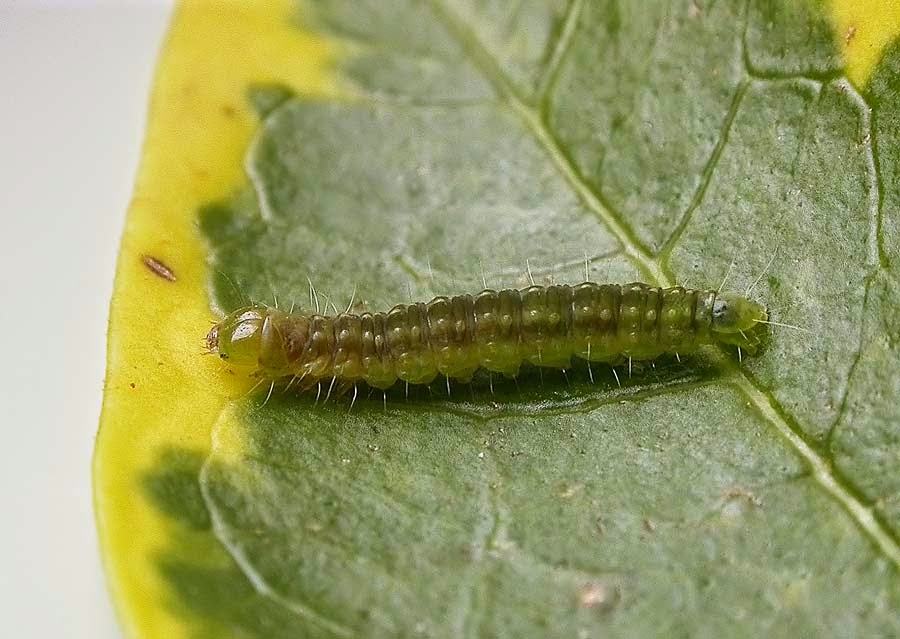 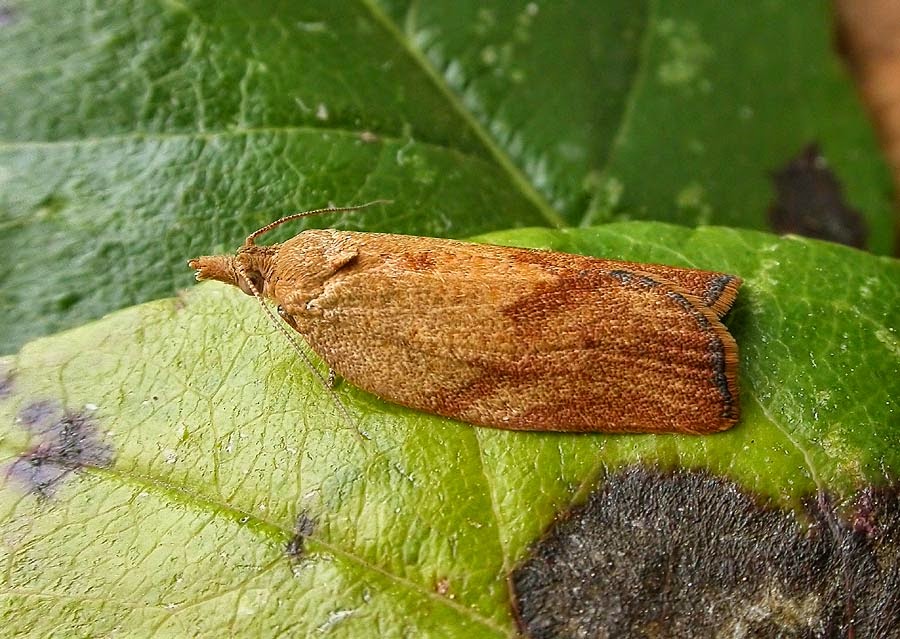 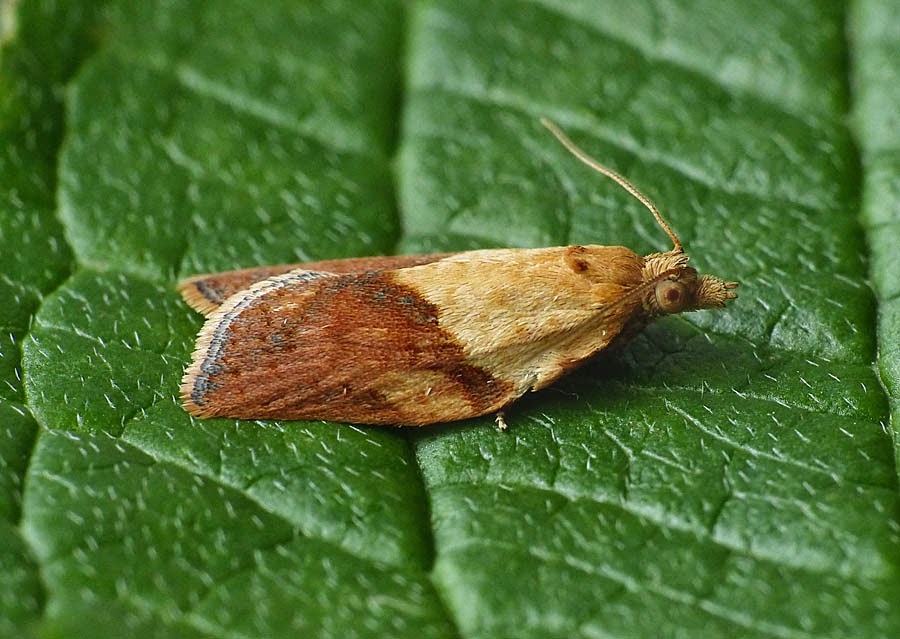 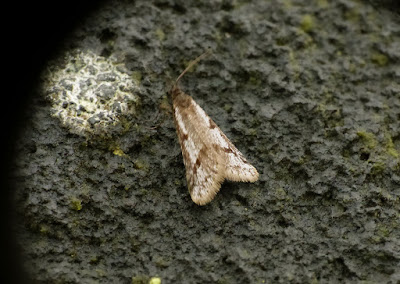 49.043 Autumnal Shade (Exapate congelatella) resting on a dry-stone wall by Gallows Pole Plantation, Greetland. A daytime observation. I thought with the cool, wet weather it would hang around for photos but it was up and away from the off allowing just one record shot. Seems they do fly on calm afternoons..... 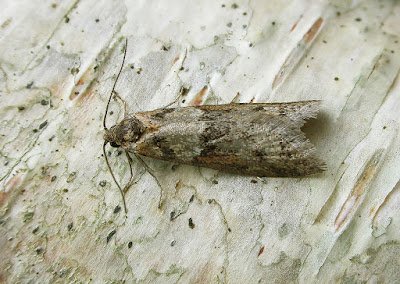 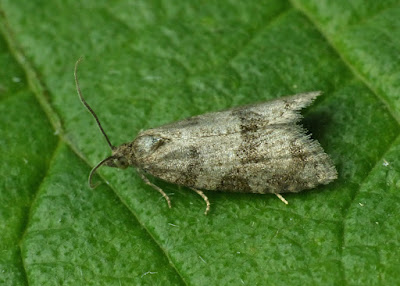 49.049 Light Grey Tortrix (Cnephasia incertana) to MV light at Peachy Steve's Mirey Wall farm near Sowerby on June 18th 2022.
Gen. det. (CS). One of around 70 species in the trap for the dozen or so people to view the following morning. 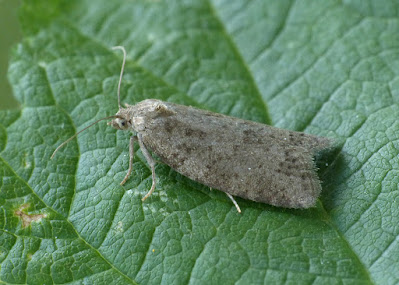 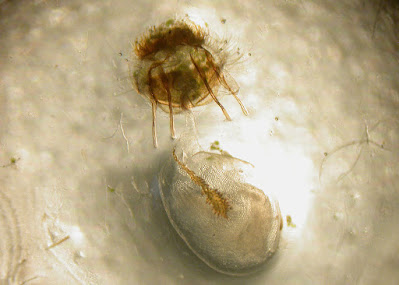 49.050 Grey Tortrix, a gen. det. of the moth above. I love the various shapes and patterns of the patches of spines (signum) in the bursa copulatrix.