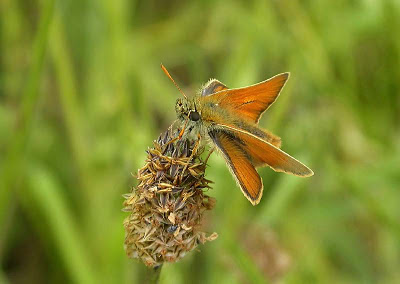 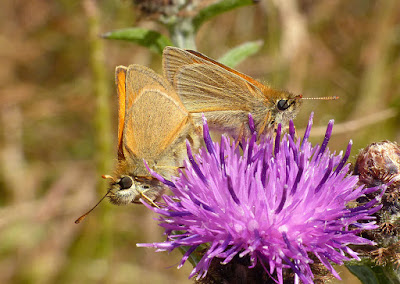 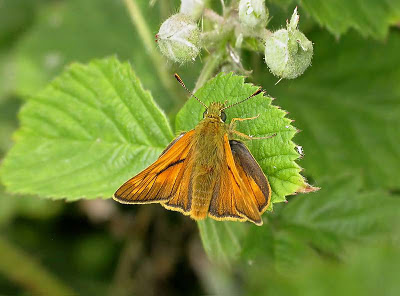 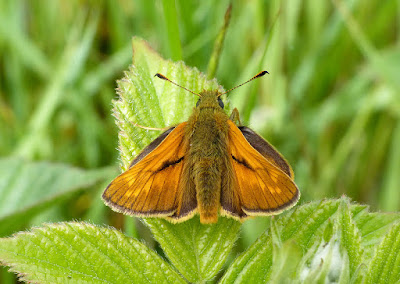 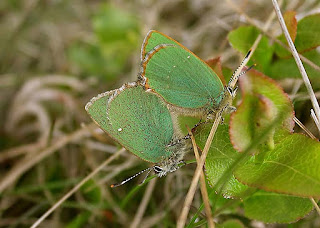 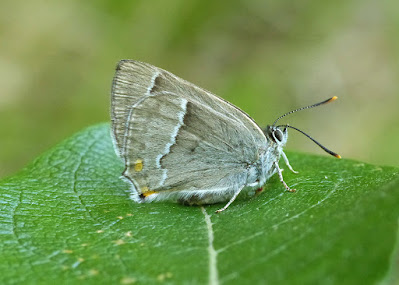 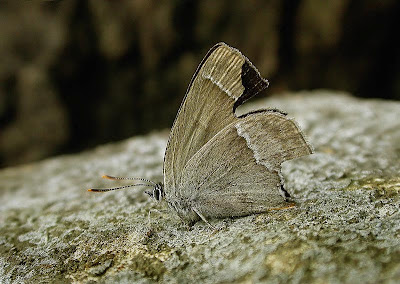 61.004 Purple Hairstreak captured by day at New Lane, Aug. 24th 2012. A worn and battered individual no doubt washed out of the canopy by the heavy showers that morning and found resting on a drystone wall. 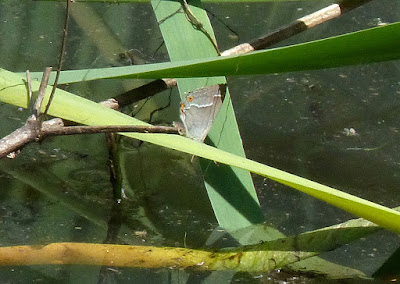 61.004 Purple Hairstreak  at Cromwell Bottom dipping ponds, July 5th 2018. One or two were coming down from the tree canopies and darting around the ponds in the late morning sunshine. They were very skittish and refused to settle for long. 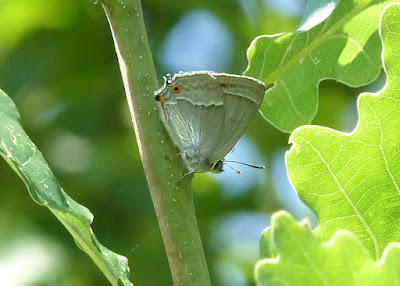 61.004 Purple Hairstreak at Tag Meadow, Cromwell Bottom on July 18th 2021. This one was disturbed and landed about 15 feet up an oak tree. 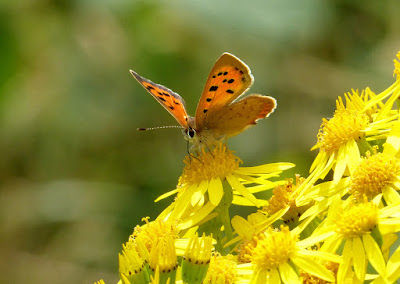 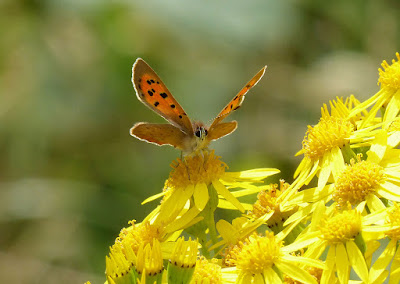 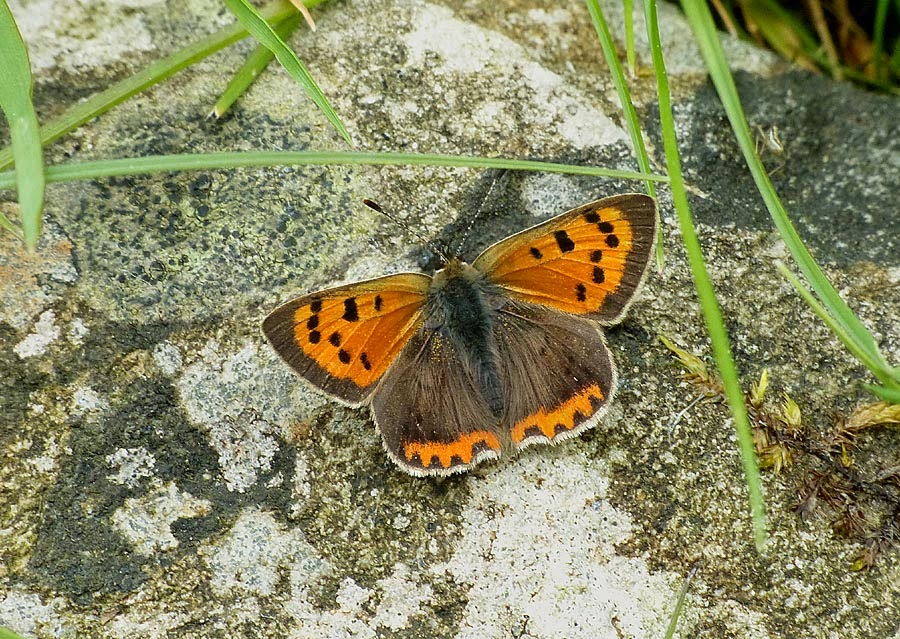 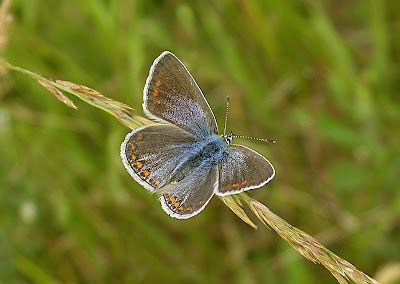 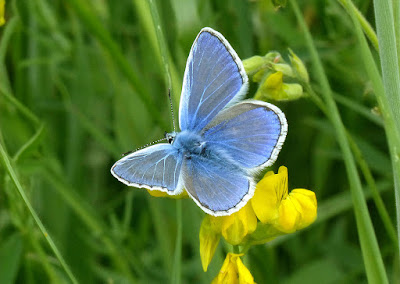 61.018 Common Blue (male) at Copley meadow, June 3rd 2018. This site holds a very small and endangered colony due to disturbance by dog walkers and the tipping of canal dredgings. 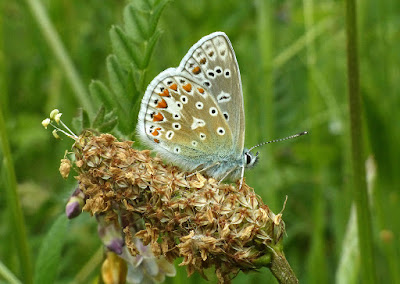 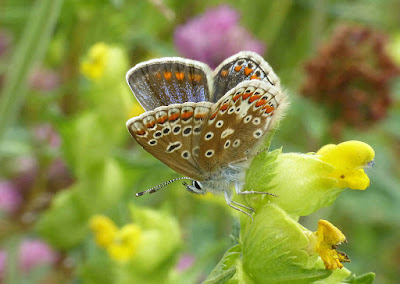 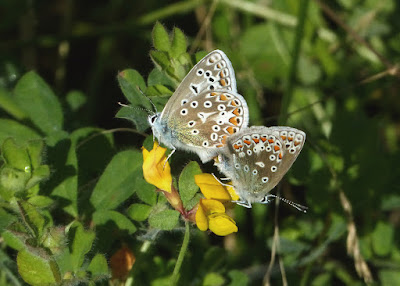 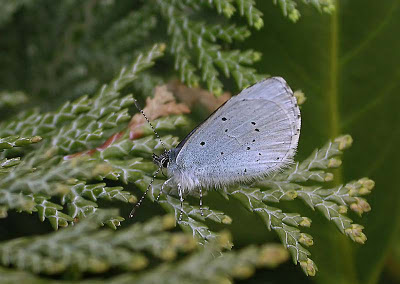 61.012 Holly Blue in the garden on leylandii, Apr.17th 09. One or two records in an average year often seen speeding through without settling for too long.