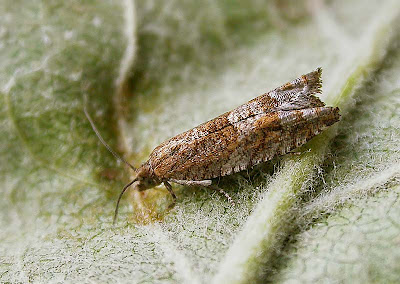 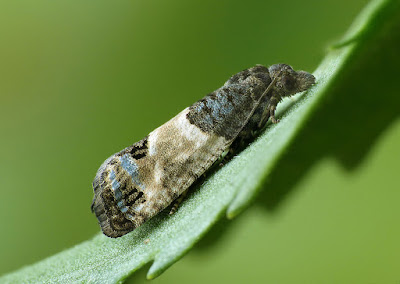 49.224 Bud Moth May 30th 2018. Reared from a larva found spun up in Blackthorn leaves at Park Wood Crematorium at the beginning of the month. 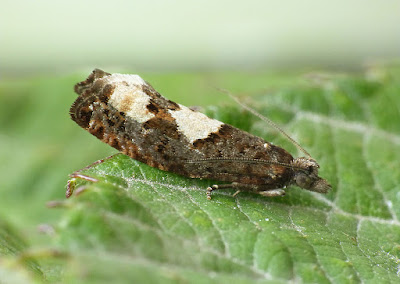 49.230 White-blotch Bell (Epinotia trigonella) found in grass at the base of a birch tree at Norland moor on Aug. 23rd 2017. Captured by day. 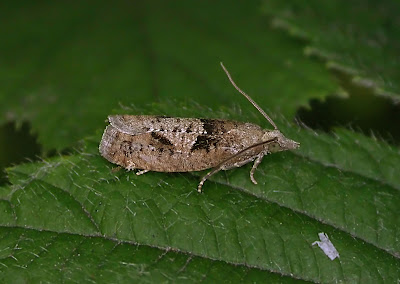 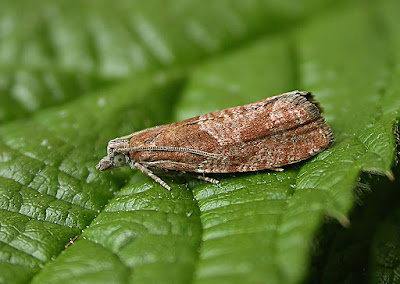 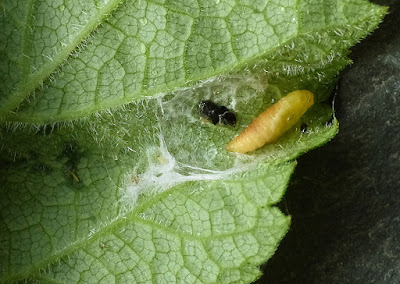 49.234 Brown Elm Bell (Epinotia abbreviana), one of two pupae found spun up in Hogweed leaves under a Wych Elm at Lower Scar wood, May 25th 2014. 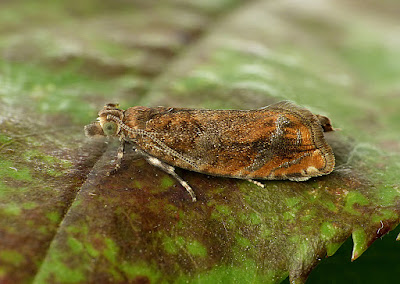 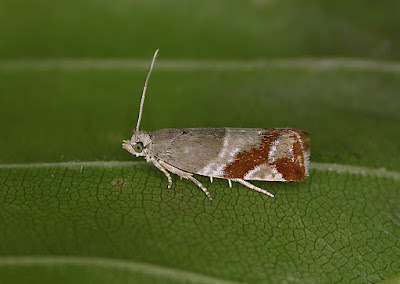 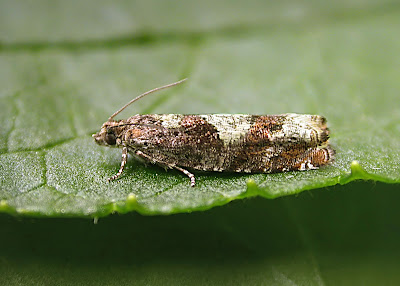 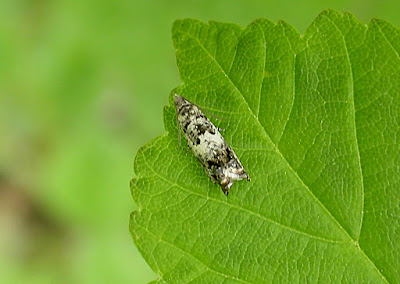 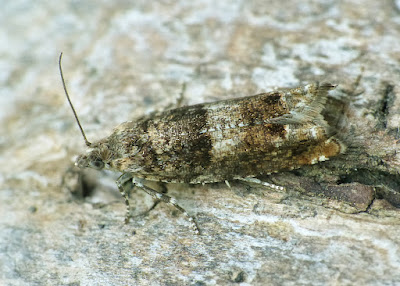 49.245 Square-barred Bell (Epinotia tetraquetrana), one of three to MV light at Turgate Delph, Norland on May 15th 2022.
The straight inner edge to the dorsal blotch and two dark, dorsal marks are useful identification features. 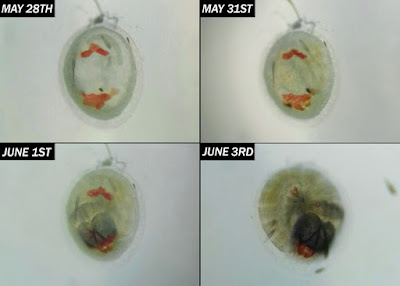 49.245 Square-barred Bell (Epinotia tetraquetrana), eggs. One of the moths mentioned above laid eggs in a specimen pot and their development was photographed through a compound microscope at 80x. Initially all kinds of weird geometric shapes appeared before the larva was fully formed. 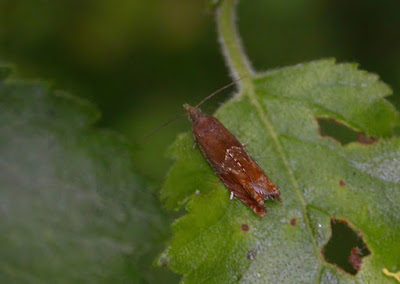 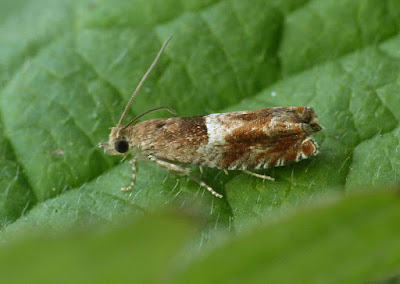 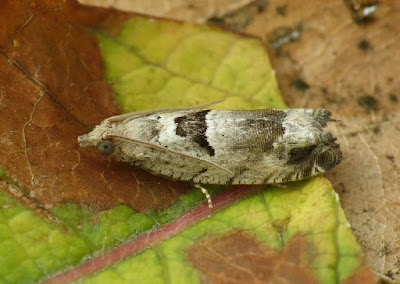 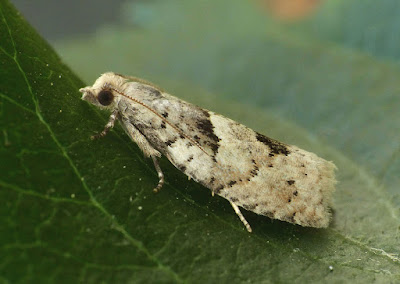 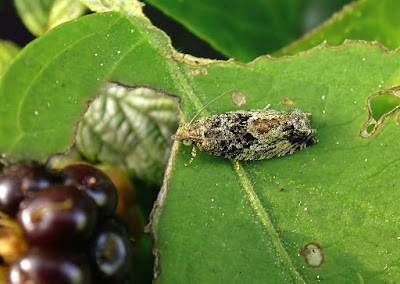 49.255 Grey Poplar Bell (Epinotia nisella) Crow Wood park, Sept. 15th 04. A field observation and my first ever photo to appear on the internet all those years ago. 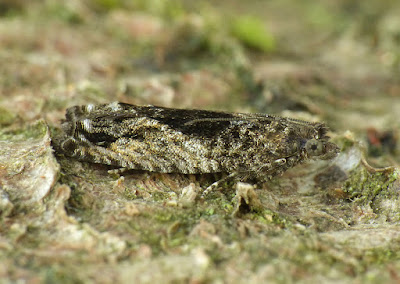 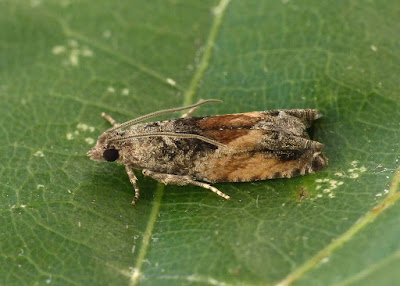 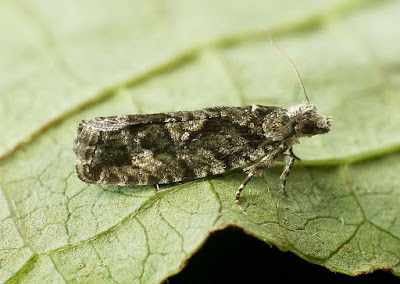 49.260 Cock's-head Bell (Zeiraphera isertana), June 13th 2014. Reared from a larva found in spun oak leaves at New Lane on May 22nd the same year. This specimen had a beautiful greenish hue. 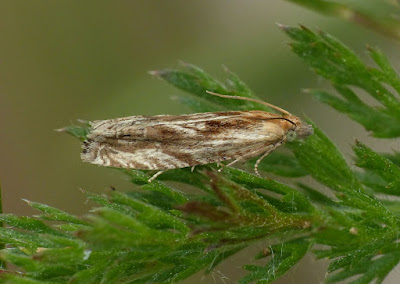 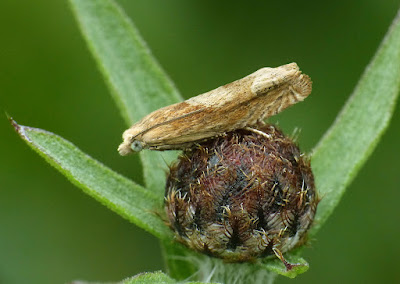 49.266 Bright Bell (Eucosma hohenwartiana) at Copley meadow on July 14th 2017. The only moth seen there on a cold, drizzly day but especially satisfying as it's resting on its foodplant - Black Knapweed. 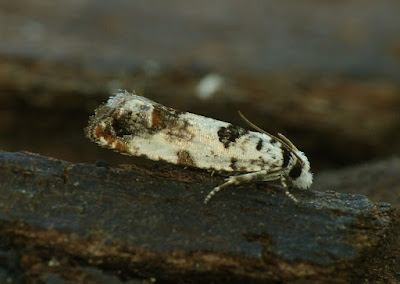 49.269 Marbled Bell (Eucosma campoliliana) at Cromwell Bottom on July 2nd 2017. Caught at a trapping session the night before by Barry Nield et al. 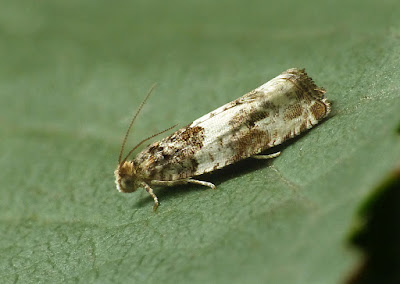 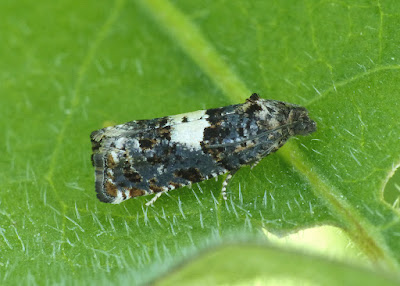