LOCAL MOTH-ERS PAST AND PRESENT 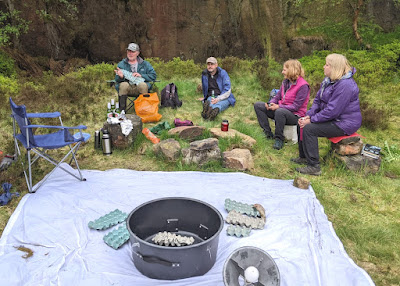 Anthony Arak, myself, Elaine Hey and Liz at Turgate Delph moth breakfast at Norland on May 15th 2022. Good company and upland moths with lager and curry thrown in - what more could you ask for? 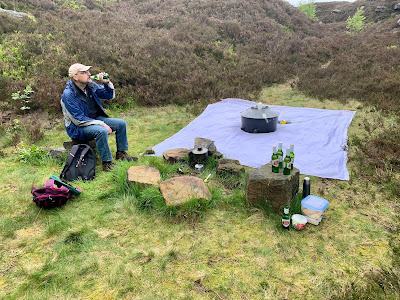 Being a dedicated moth-er requires much concentration and brain power, failing that, bottles of Stella 😁 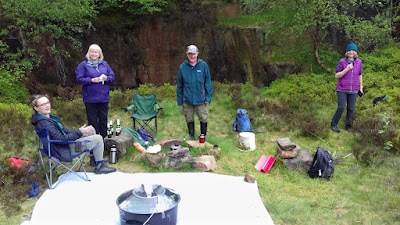 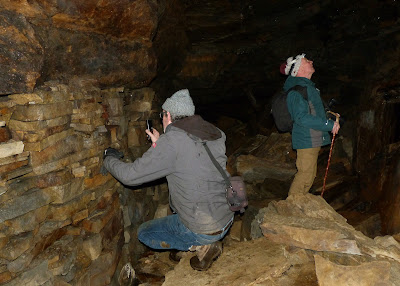 Andy Cockroft and Anthony Arak searching for hibernating butterflies and moths in a cave at Howroyd Quarry, Barkisland on Jan. 9th 2022. Just two Heralds were found. 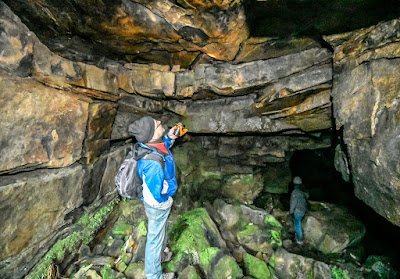 One of myself and Andy searching the rather unstable quarry cave as mentioned above. 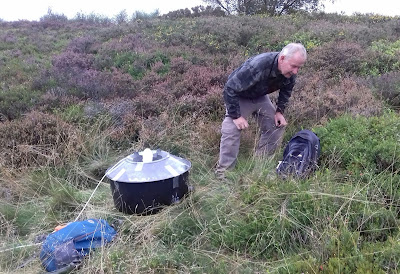 Intrepid moth-er Anthony Arak inspecting the vegetation around one of his two traps he ran on Norland moor overnight in September 2021. 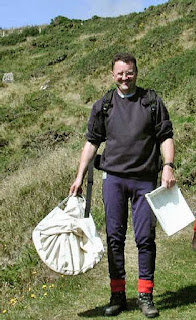 Paul Talbot, the first to seriously study micro moths in Calderdale from 1999 onwards and the inspiration behind some of the new generation of local moth-ers, particularly myself. 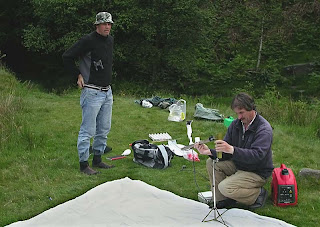 Andy Cockroft and Brian Leecy at Blake Dean, June 7th 2008. Perhaps the two most active and experienced moth-ers in the borough, running trapping sessions throughout the valley and encouraging the experienced and newcomers alike to come along. 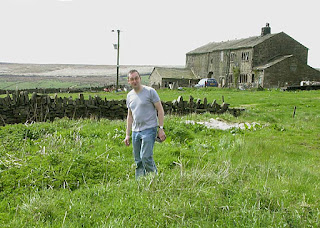 Winston Plowes, Pecket Well, May 20th 2008 on a trip to photograph Green Hairstreaks. Located in Hebden Bridge he runs a trap from the bow of his barge on the Rochdale canal. 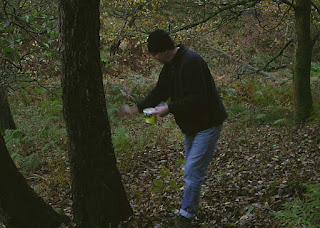 Andy applying sugar solution to tree trunks at Gorpley Clough, Oct. 26th 2008. Despite cold temperatures and heavy showers a good number and variety of moths were recorded including a local speciality, the Red Sword-grass.

A good turn out at Hardcastle Craggs in March 2011. Nick and Sandra Carter (centre) run their trap from the edge of Midgely moor often turning up interesting species. Also, Christine and Winston (left) and Brian and Nick Dawtry (right). 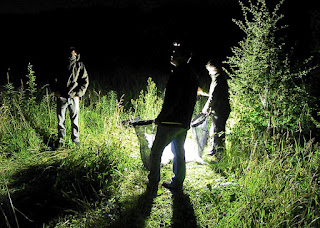 July 21st 2012, Brookfoot Loop. Resembling some sort of moonlit, pagan ritual this is a shot of Peter and Brian Leecy with me in the centre - nets at the ready as we wait for the moths to arrive. Photo by Bruce Hoyle of the Halifax Scientific Society.

Another shot from Bruce from the Brookfoot Loop trip as the expectant group begin to gather. Not wanting to waste time I already begin to pull moths out of my net.

Three stalwarts of the Cromwell Bottom Wildlife Group: Graham Haigh, Allan Wolfenden and Colin Duke who runs a trap and searches for moths by day. Photo courtesy of Bruce Hoyle. 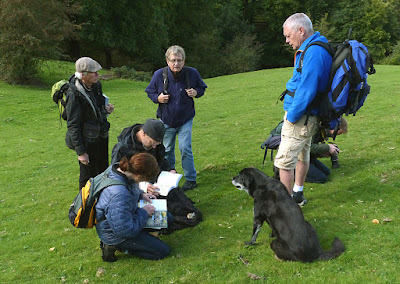 A fungi foray at Gosport Clough Stainland, Oct. 9th 2016. Co-lead by Steve Blacksmith left with Peachy Steve (with dog Meg) and Sarah Flood with field guides who host the occasional moth breakfast around the Sowerby area. 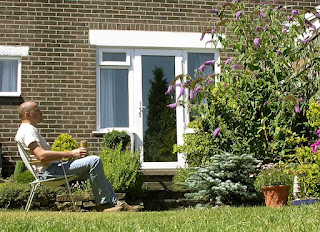 Another one of me from 2006 where I'm obviously hard at work staring at the garden Buddleia in the hope of something rare turning up.

Even though my modest garden was surrounded by urban sprawl it still produced some interesting finds from time to time. ﻿

that is a great selection of photos.

Just come across your excellent blog after researching plume moth eggs and whilst your photograph of Twenty Plume Moth larva and ova are not the same species I am studying they were helpful.